Lehtinen and Tätte in the lead

Winner of the preceding European Pro Tour event (EPT Tyyni Open), Lauri Lehtinen started his Estonian Open in the very first group today and it wasn’t a bad start at all. With 13 birdies and only one bogey Lauri scored an amazing -12 score and that was good enough to secure the number one spot for the second round, with a two-stroke lead.

Despite Lauri’s lead, there is a tight battle going on. Niklas Anttila finished this round with second best score (-10) and Hjalte Jensen is only one stroke behind him (-9). The lead card for the second round will be completed with Jesse Nieminen (-8). Jesse is tied on the fourth place with five other players (Joonatan Häme, Joonas Aalto, Samuel Hänninen, Jakub Semerad and Lenni Kemppainen). And behind them there are three players tied on 10th position with score -7. Moving day will be exciting! 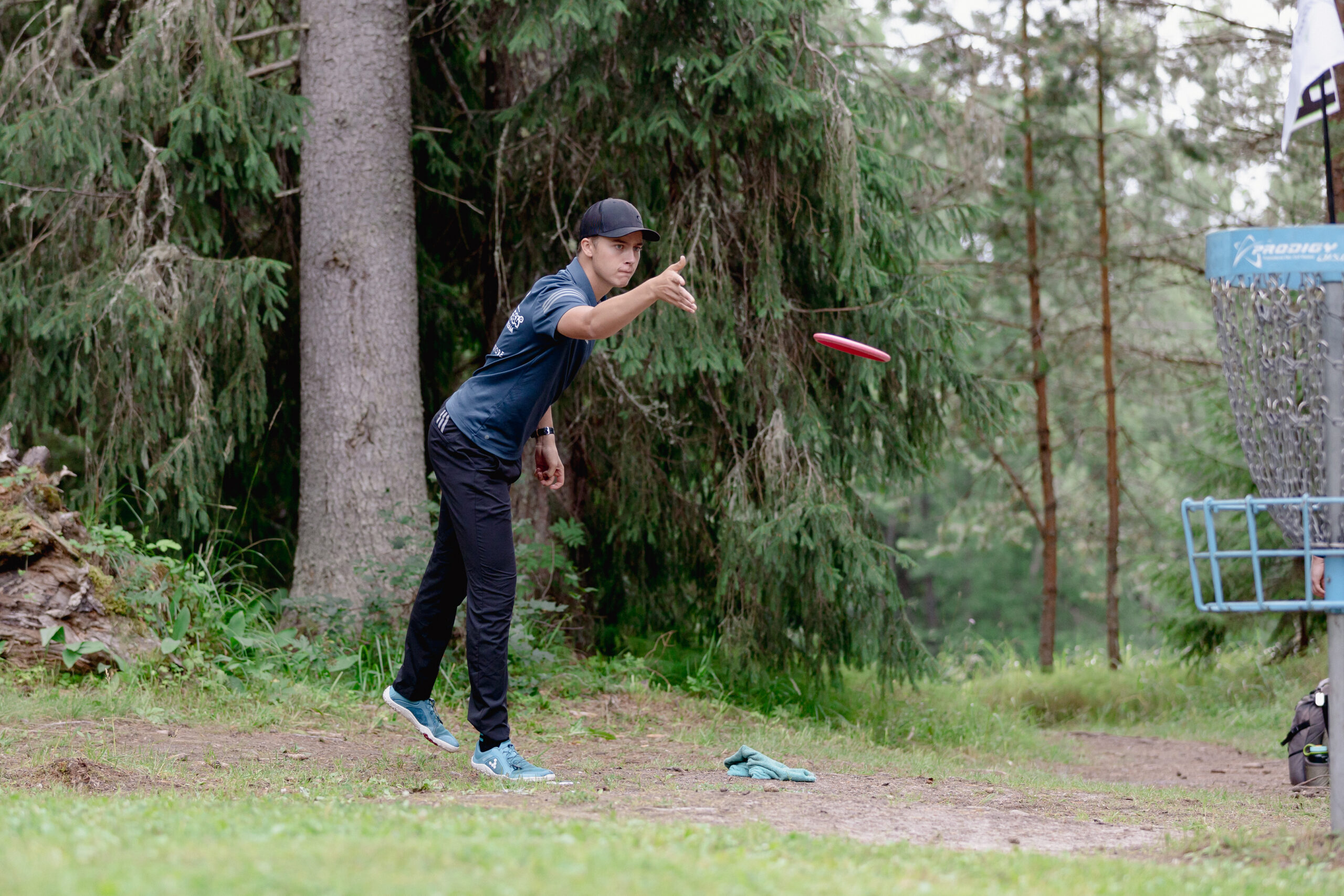 TÄTTE IN ONE STROKE LEAD

In the women’s open division Keiti Tätte handled the rainy weather best in the first round. Keiti’s score was 59, which is also the course par. Current tour leader Heidi Laine said she had some problems with the slippery teepads but her round wasn’t that bad (+1). Heidi is only one stroke behind Keiti. Second round lead card will be completed with Kaidi Allsalu (+3) and Tinja Väisänen (+4).

Just like in open division, the battle is also tight between women. The gap between the current leader and tied 9th position is only seven strokes and that is not much in the Kõrvemaa woods. If you miss the gaps, you will probably miss your position too. 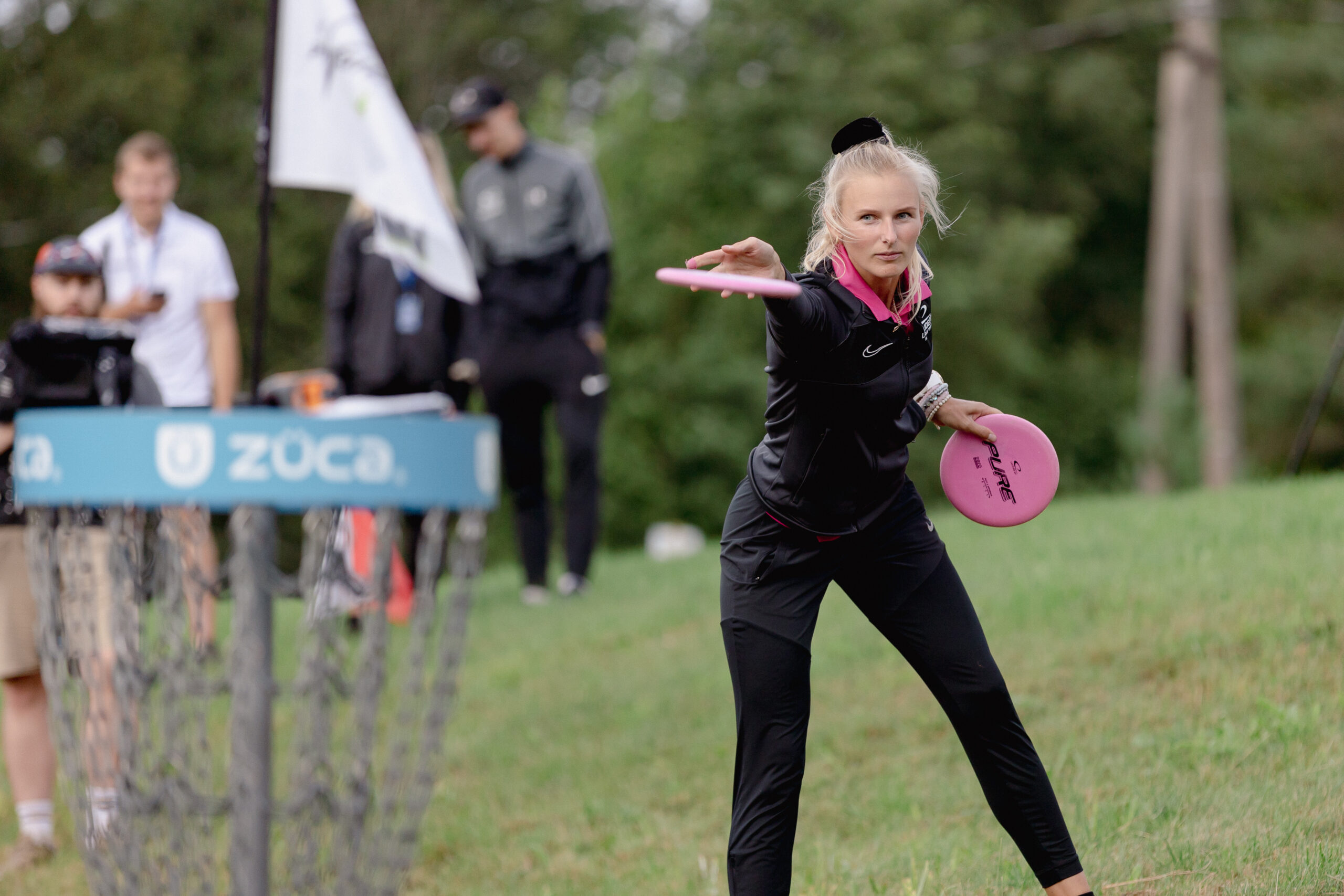