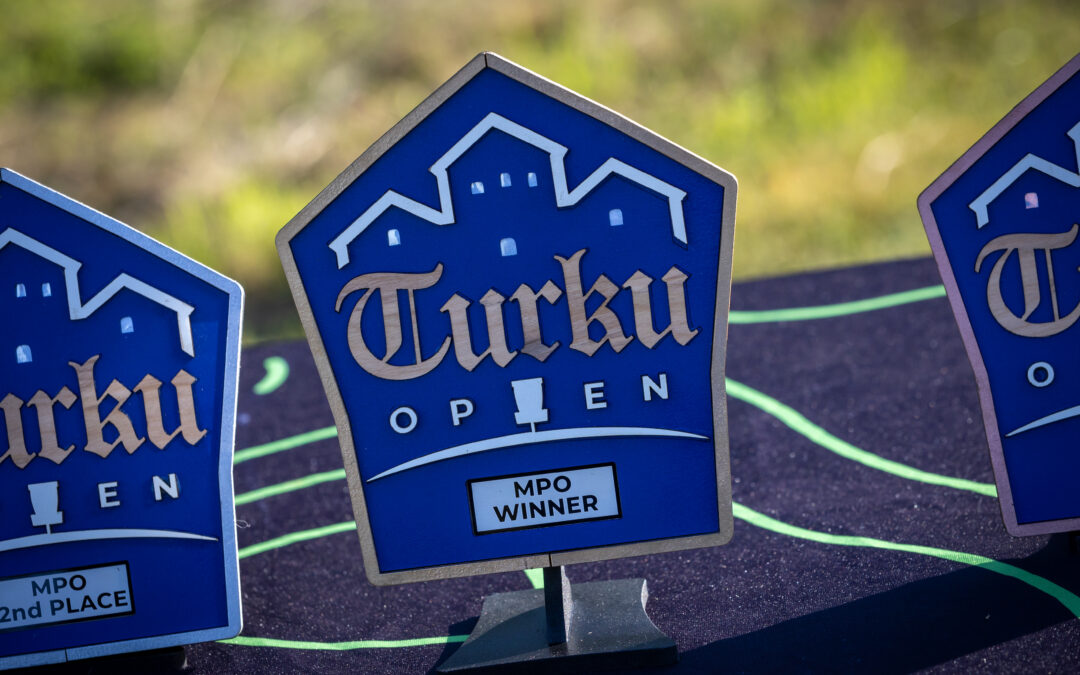 The battle in Open division was just exciting as expected. During the final round not only the lead card players, but also players from chase card and even from third and fourth card, organized a total thriller to spectators. Seppo Paju, who started with a two stroke lead for the final round, was the master of ceremonies today. Even he made some small mistakes, he managed to take the victory at his home course. But nothing was clear until Seppo’s very last drive on the last hole, not until he parked it under the basket for final birdie.

Rasmus Saukkoriipi (second after two rounds) offered a tight battle with Paju. These two guys were tied in the lead a couple of times during the round, but that wasn’t all the excitement. Jesse Nieminen scored a solid -11 round today and was one big part of the victory battle. So were Ville Ahokas, who got his game back on track today (-12), and young Otto Mäkinen with -11 today. If you didn’t see this battle, wait for the post-production coverage from MDG Media. This is the event you want to see. Final scores can be found from Udisc. 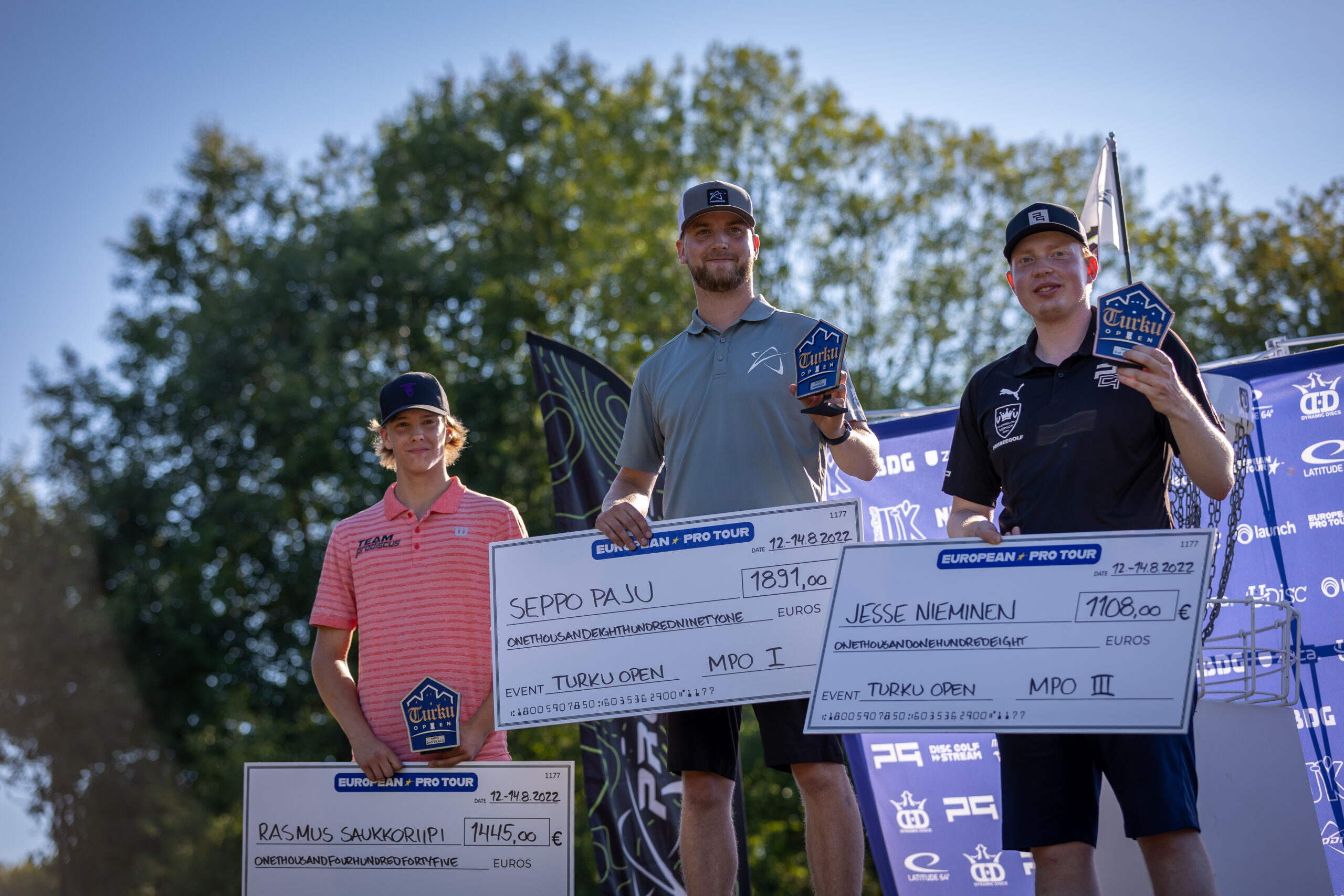 SAARINEN KEPT LEAD UNTIL THE END

In the Women’s Open division the three-way battle between Silva Saarinen, Jenni Karppinen and Olivia Kindstedt offered also excitement until the very end. Silva started her round quite solid and after front-9 it seemed she’s heading for a big win. Jenni Karppinen, who struggled in the front-9, got her game mode back on track on back-9, taking four birdies on last seven holes, but that wasn’t enough for catching Saarinen, who took the victory with four strokes. Karppinen finished second, just one throw ahead of Kindstedt (+4 today). Final scores can be found from Udisc. 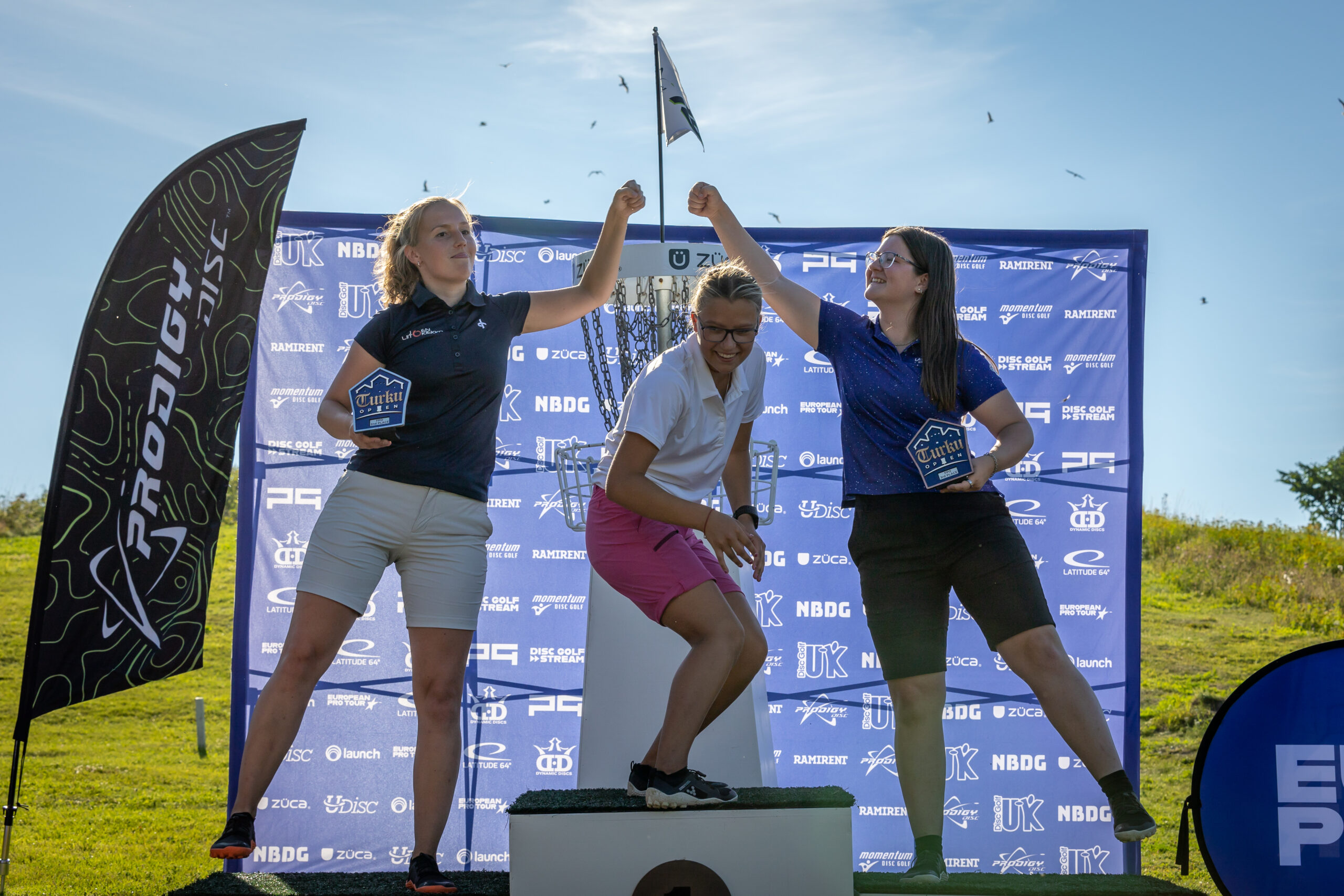